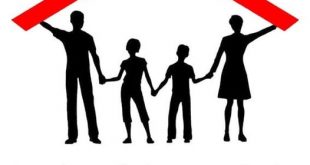 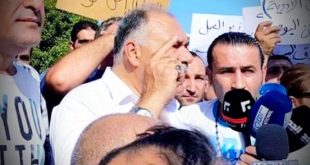 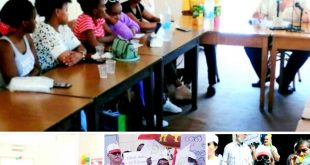 Statement on the Rights of AUB Workers
Beirut, Lebanon
April 14, 2020
We, AUB students, alumni and professors, are highly concerned with the university’s exploitation of the daily and permanent wage workers.
While most of us at AUB are spending these days in light of the COVID-19 outbreak in the comfort of our homes,
– AUB is violating the decisions of the Ministry of Health and the Ministry of Interior, and requiring its daily workers (and permanent workers on a certain amount of days) to go to work for non-essential services, threatening the health of the workers and that of their families;
– A large number of daily workers was asked to choose one of two solutions: they would either accept to have their NSSF deducted from their already slim salary or they would illegally sign a letter of resignation, resulting in the discharge of around 60 daily workers two weeks ago without compensation.
While we argue that none of these decisions are acceptable, we assert that not only all AUB workers have the natural right to have their jobs secured in these times of economic hardship, but they are also entitled to stay home while getting paid their full monthly salaries. The students are still paying their full tuition fees, the university has thus no excuse not to pay the workers -especially that AUB has been cutting costs during the COVID-19 pandemic through the lack of use of the campus services.

This exploitation is not novel: it is allowed by AUB’s employment of daily workers through the services of a private company called SAMCO. In fact, the employment through SAMCO allows AUB to cut costs and make more profit on the backs of its workers, while bearing no responsibility for the legal and rights abuses. AUB has hence allowed itself to exploit workers for cheaper: it deprives workers from their rights to paid leaves, social security, pension, compensation and other work-related benefits. Additionally, SAMCO is illegal per Lebanese labor law for it strictly employs daily workers. This employment through SAMCO has been going on for more than 10 years.
Under the most unusual, exclusionary and stressful economic crisis and a world-wide pandemic, exploitation reaches a peak through the use of SAMCO as a third-party company.
– Since October 2019, the daily workers’ working days were cut down from 23 days to 14 days per month, only for the working days to be incremented by two days as a response to the workers unrest. A working day is fixed at 41,000 LBP. With the start of the COVID-19 pandemic, the working days were deducted to 10 days per month. All these deductions have taken away nearly half their salaries, and placed them deep below the country’s minimum wage.
– We would like to also mention that nor SAMCO nor AUB has been securing the workers, in the current absence of public transportation, with alternative transportation means or have they provided them with transportation fees. This has further costs on the workers’ livelihood and health.
Supporting our fellow AUB workers in their demands for just and safe working conditions, we AUB students, alumni, and professors demand this exploitation ends now.
Because this situation is, and has been for a very long time, unjust, and in order to end this exploitation of the most marginalized, we demand:
– the end of employment through SAMCO -in other words, the end of AUB’s contract with SAMCO;
– the reemployment of all SAMCO workers as permanent workers at AUB;
– the re-employment of the workers who were forced to resign;
– the provision of all permanent workers [new ones included] with all their rights: the right to a quarantine and the obtention of full salaries equivalent to a full month’s work.
– the adequate and retrospective compensation for the daily workers who have been employed for years without any benefits, as per the Lebanese labor law
Overcoming this pandemic and its aftermath requires collective action, and we should be living up to the challenges this virus is facing us with, that of being a community that supports its most disenfranchised members. As this pandemic is dangerous mostly to those who don’t have the privilege to stay home, we need to make that privilege accessible to all.
It’s such a shame that the AUB administration abuses, exploits and lives on the almost-free labor of its workers, only to dispose of them when it sees fit, including in their hardest times.
We, therefore, call on all responsible entities, active syndicates on campus, and student clubs and societies to support the daily workers’ rights.
The situation of the most disenfranchised in a community, tells a lot about this community’s conception of a just world. 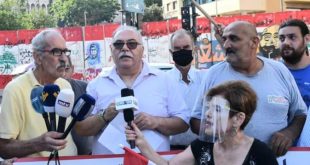