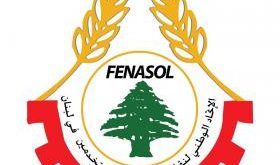 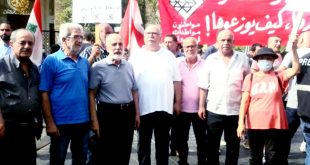 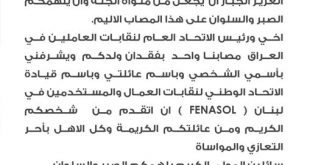 I. The termination methodology used

• Exerting a psychological pressure on all employees of the university and its medical center (who were terminated and who are remaining in their current jobs) extending for a period of more than two months before the implementation of the arbitrary decision.
• Creating an atmosphere of anxiety and distrust between employees and their managers in all departments and units in relation to the list of nominees to be terminated.
• Humiliating method that was adopted to inform the arbitrarily terminated employees, whether by distributing the letters in the departments and units of the employees or by contacting them by phone and inviting them to come to the HR Department on the same day, to hand them the letters within a period not exceeding two hours max.
• Delivering letters to the terminated employees without providing any justification to them. These terminated employees have served the university and its medical center with absolute dedication for decades, including harsh times and conditions
• Distributing to each terminated employee an envelope that contains a partial arbitration decision, limited only to the details of the financial compensation that will be distributed, while intentionally hiding the rest of the information that condemns the arbitration decision.
• Adopting a police like method by requesting the presence of large numbers of the Lebanese army soldiers and internal security forces to be stationed in the vicinity of the university and its medical center in parallel with the implementation of the process of informing employees of their arbitrary termination.
• Violating the dignity of the terminated by preventing them from accessing their e-mail, their computers and their self-service, contrary to the university’s internal system. This was done on the same day, knowing that those who were notified of this arbitrary decision are still employees to date.

1. The criteria adopted to select the terminated employees, and which will also be adopted in terminating the second wave of current employees:
• Failure to adopt scientific and professional standards that enable the terminated employees to be notified of the reasons for their arbitrary dismissal.
• The role of the Human Resources Department was reduced to handing out letters to the terminated.
• Failure to adopt the results of the annual performance appraisal of employees as a basic criterion for evaluation.
• Absence of the role of the Compliance Department at all administrative and financial levels, especially in the process of selecting the terminated.
• Failure to secure continuity of basic and alternative health coverage and educational grants in schools and universities for the children of terminated employees, which the President had promised, in earlier communications, to continue for terminated employees and their families. That safety net has stopped in the most difficult circumstances our country is going through.
• Changing many of the names of the terminated overnight in several departments. We mention these Units for example, but not limited to: (ER and Supply Chain).
• After one of the employees received a written termination letter on Friday, the employee secured mediation (Wasta) which led to reinstating her in her position in the Plant Engineering Department
• The announcement on the website of the Medical Center of three jobs for male and female nurses, knowing that many of them were terminated. Does the financial deficit allow for the recruitment of male and female nurses after the termination of male and female nurses?
2. Reasons behind the arbitrary dismissal of employees:
– Poor Financial Management
• Random employment starting from September 2015, which led to an inflation in the number of employees.
• Recruitment of many Lebanese employees with extremely high salaries of up to ten times the salaries of the majority of the other employees at the university and its medical center, whether they were amongst the terminated or not.
• Appointing a foreign employee in one of the departments with an annual salary exceeding$ 300,000 to be paid in US dollars (Fresh Money) in the midst of the financial crisis that the university claims to be suffering from. Note that the administration must legally give priority to the Lebanese people in this regard, especially as the university president claims that the university is suffering from a financial deficit.

• The President of the university announced the reduction of the budget from around $ 600,000,000 in FY19/20 to around $ 247,000,000 for FY20/21, which means that the total budget cut would be is more than $ 350,000,000 for FY20/21.
• How can this financial madness be implemented?
• Was the amount saved after expelling the lowest-paying employees?
• What about the salaries of the people who were appointed in light of the financial crisis claimed by the university president? Did they help or were they an overburden?
• The financial position of the university is very sound.
• The university’s budget for previous years proves that there is a great saving. Here is an example for the year 2018:
Total Fund Assets Less Liabilities is
$ 1,178,039,915.00 representing “Cash – Investments, etc.”
Detailed information about the financial position of the university can be found at the following website: www.Propublica.org, which is accessible to the public and is not a secret at all.
• The total salaries of terminated employees do not constitute any burden on the university’s finances, but they paid the price for errors in monitoring and distributing the budget.
• What about the funds of the Foundation’s supporters, including graduates and donors?
• What about the “AUB Boldly Campaign” funds which was able to raise funds up to $ 650,000,000 after confirming the receipt of large sums from donors?
“The Campaign to Lead, Innovate, and Serve”
• What about the Solidarity Fund that was created by the university to support the neediest employees?
III. The arbitrary agreement which represents a crime against the terminated employees
• The Syndicate has NO right to negotiate, make decisions, or sign on behalf of terminated employees who are not affiliated with the Syndicate.
• The Syndicate who is authorized to negotiate for the rights of the employees is not entitled to make decisions and sign without consulting them, especially since the severance package that was negotiated with the university president sets a precedent in the history of the arbitrary termination of a large number of employees and, thus, the displacement of their families.
• The Syndicate’s representatives should have informed the employees of the results of the discussions instead of touring the political parties, as they recently stated. The Syndicate’s affiliates did not sign on a full un-reversible authorization to the Syndicate to make decision on their behalf.
• The Syndicate and the president of the university agreed and signed together a humiliating and void arbitration agreement that did not take legal principles into consideration, and the university deliberately handed it out to the terminated employees leaving out a big section of the agreement
• The Syndicate overstated the rights of employees with a record time of one week, which included the hilarious trilogy: “Request for mediation, failure of mediation, and absolute arbitration.” Failure to respect the deadlines here confirms the existence of a suspicious agreement between the two parties that gave the Syndicate the power to interfere in the selection of names, or its members, who are also employees, were pressured by the university president and his representative to bid their doing. We are open to a dialogue with our Syndicate colleagues to explain the details of this crime that has displaced our families.
• The Ministry of Labor overstated the rights of employees and was the main reason for their displacement. The ministry did not fulfill its national role protecting employees’ rights, especially in light of the severe economic and financial circumstances the country is going through. The Ministry of Labor and its successor, the bad government, contributed in the passing of the largest crime of arbitrary termination in the history of Lebanon.
• The arbitration decision allows the university to terminate a second wave of employees as recorded in Clause III – designating the payment mechanism.
• Names were chosen on the basis of political affiliations and directors’ personal criteria and were not based on professional and objective criteria. As for the compliance standard, it was not implemented as mentioned before. 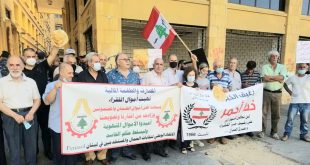